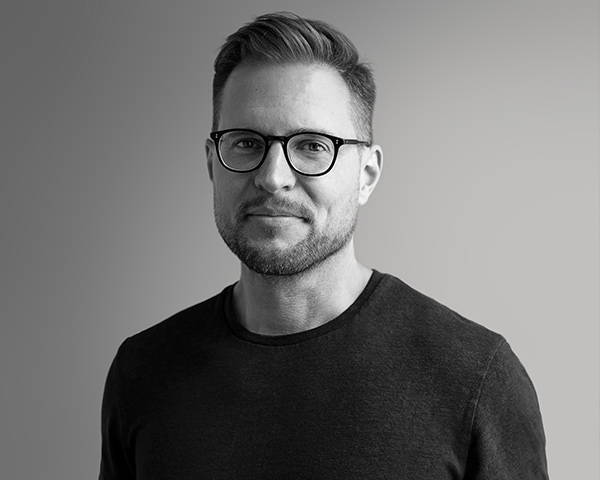 The designer of Ghost table lamp

Andreas Kowalewski is a talented German designer. His background as a carpenter and industrial designer combines craftsmanship, aesthetic and technical knowledge. In 2016 he founded his own interdisciplinary design studio, encompassing a wide range of industrial design services. From the beginning, the studio has collaborated with several internationally renowned brands and won a number of international design awards.

In his studio, he aims to create contemporary and meaningful product solutions for everyday life, reducing complexity in form and function and transforming it into objects with personality and a sustainable use of materials.

I love to find inspiration in forgotten objects

The table lamp, Ghost, is Andreas Kowalewski’s first design in the WOUD collection. The design came to him at a flea market where he spotted an antic portable oil lamp. It had such a distinctive and utilitarian archetypical form that was speaking directly to him.

With a clear vision of translating the oil lamp into a more contemporary appearance and still keep a similar practical character, the lines of Ghost arose.

The slim metal rod surrounds the lampshade protectively while the overarching bail functions as a handle for carrying the lamp around. Made of translucent opal glass, the shade gives an illusion of a white cloth thrown over the light source. Resembling the appearance of a friendly ghost in the air. The subtle vertical groove pattern on the surface fades out gradually upwards, emphasizing the lamp’s refined sculptural character. 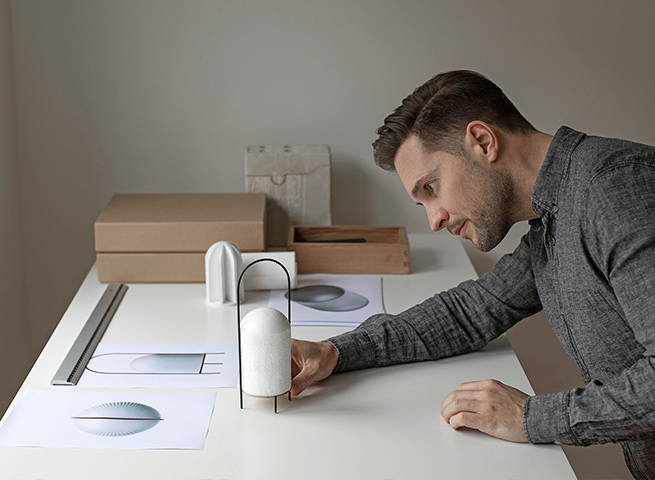 With its soft opal glass, Ghost table lamp is ideal for smaller spots and setups where a pleasant light is needed. Whether that be on the desk, in the shelving system or on the window ledge